According to many of our repeat restaurant guests, among the most treasured traditions at element 47 are the piping hot Parker House rolls served with lunch and dinner. 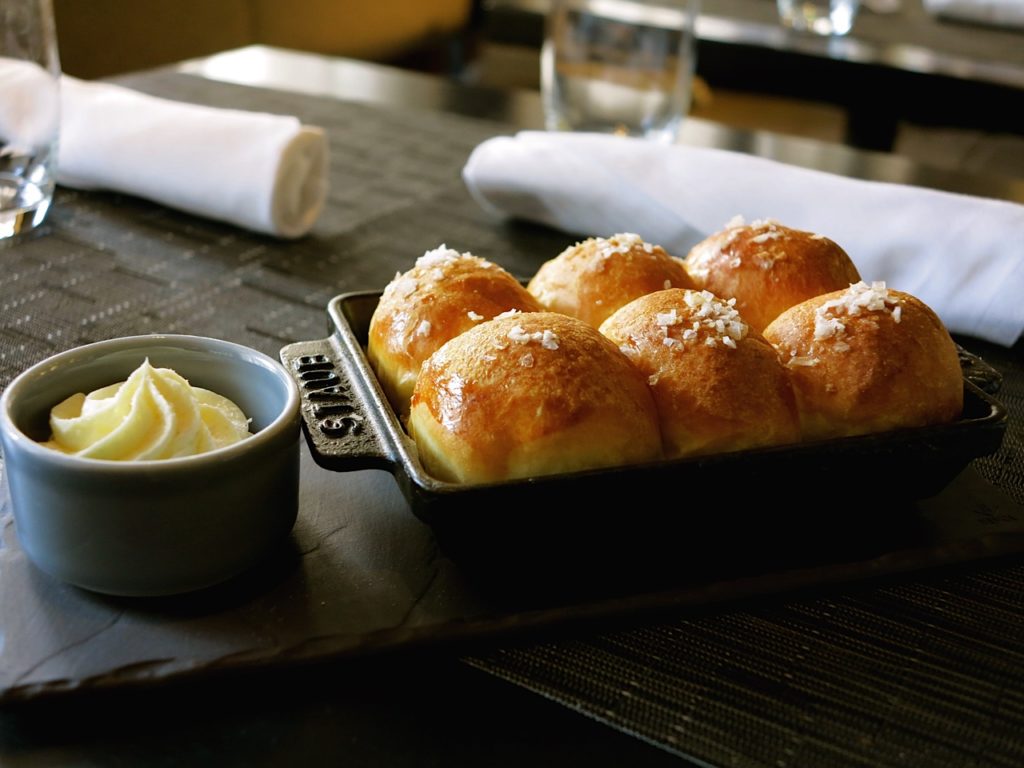 For those who would like to prepare them at home, our pastry chef provided the recipe. He also shared the history of these doughy treats, which originated at the Parker House Hotel in Boston in the 1870s.

According to the Parker House history, the hotel was founded by Harvey D. Parker in 1855, and remains the longest continuously operating hotel in the country (now the Omni Parker House Hotel). “It was here where the brightest lights of America’s Golden Age of Literature—writers like Emerson, Thoreau, Hawthorne, and Longfellow— regularly met for conversation and conviviality in the legendary nineteenth-century Saturday Club. It was here where baseball greats like Babe Ruth, Ted Williams, and David Ortiz wined, dined, and unwound. And it was here, too, where generations of local and national politicians—including Ulysses S. Grant, James Michael Curley, Franklin Delano Roosevelt, John F. Kennedy, Colin Powell, Thomas “Tip” O’Neill, William Jefferson Clinton, and Deval Patrick—assembled for private meetings, press conferences, and power breakfasts.”

The story of the Parker House Rolls’ creation has several variations, each involving a testy pastry chef who threw unfinished rolls in the oven, resulting in a dented appearance. To achieve this form today, however, the measures taken to achieve it are a bit less drastic: the center of a dough ball is flattened with a rolling pin, then molded into an oval shape and folded in half. They pair well as the “classic dinner roll,” whether served with jam, soup and salad, or an entree.

At element 47, they’re served with our compliments for lunch and dinner at the start of every meal. Be careful though – the cast iron serving dish is straight from the oven!

Whisk together the dry yeast, sugar and warm water in the 6qt bowl. Cover and let rise for 10 minutes.

Whisk in the warm butter and milk. Add flour and salt, and combine on the mixer with the dough hook.

Mix for 10 minutes, cover and proof for 1 hour until the dough reaches the top of the bowl.

Divide into 1oz. portions, and roll into balls.

Butter again, and proof for another hour.

Brush with egg wash and sprinkle with maldon sea salt.

Bake at 375f until golden brown, brush with butter again.

A Non-Skiers Guide to Aspen: 10 Things to do in the Winter
Five Ways to Spend Valentine’s Day