The countdown to the 2017 James Beard Foundation Awards is underway. Considered the Oscars of the American restaurant world, the Beard Awards are the highest honor for food and beverage professionals working in North America. The awards cover all aspects of the industry—from chefs and restaurateurs to cookbook authors and food journalists to restaurant designers and architects and more.

The Little Nell has been nominated for “Outstanding Wine Program” several times though not chosen as the winner – yet.

We would love your nomination for 2017. Submit an entry through December 1, which takes just 30 seconds. The Little Nell’s wine program has become celebrated and recognized the world over by wine producers, collectors, distributors and consumers alike. With ten Master Sommeliers having worked at The Nell since opening in 1989, a collection of 20,000 bottles in our cellar, reserve wine dinners held on property throughout the year, recognition as a Grand Award winner by Wine Spectator and a 100 Top Restaurants by Wine Enthusiast for many years, The Little Nell is poised for success with your support.

Announcements for the semi-finalists will be revealed in early 2017 and the finalists will be listed in the spring. For the 27th anniversary celebration, the James Beard Gala will take place in Chicago on May 1. Nominees and winners will be fêted at a weekend of events – a social and gastronomic highlight of the year. 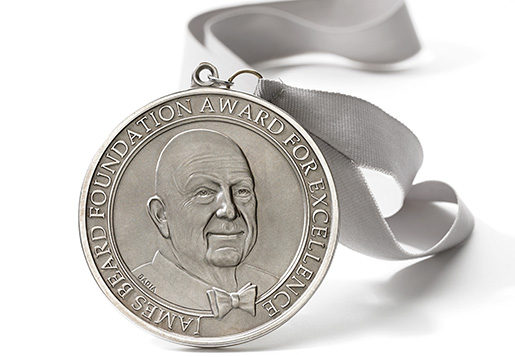