A group of about 20 kids gathered in Aspen on July 11 for a “Comfy in the Kitchen” class. They learned the basics of cooking, and had a blast doing it. Chef/cookbook author Helen DeFrance taught kids basic cooking skills, and then after cooking, the best part came. Eating! The menu:

Taco Salad
Chunky Guacamole with Blue Corn Chips
Strawberry Blossoms
Raspberry Lemonade
The final class of the summer will be held at The Little Nell from 3:30-5 p.m. on August 21.

Cost is $30 per class. Space is limited and is open to all. 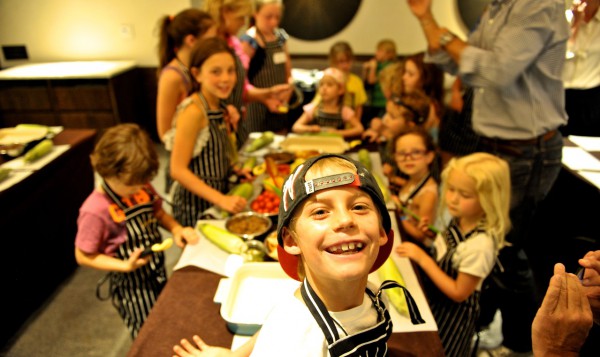 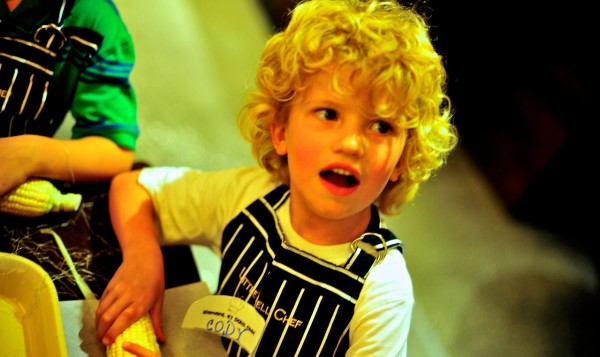 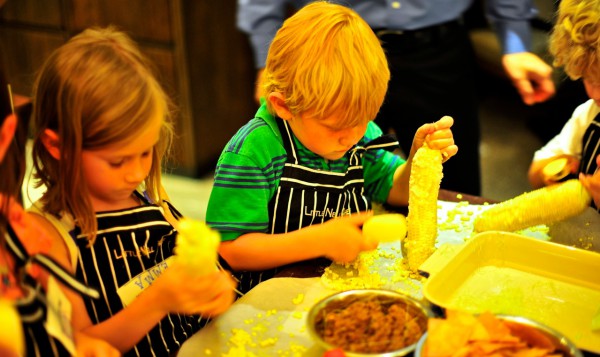 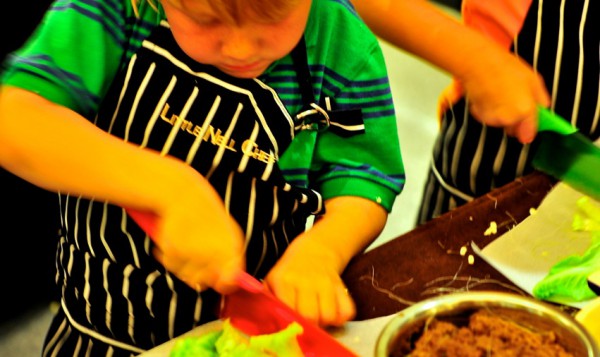 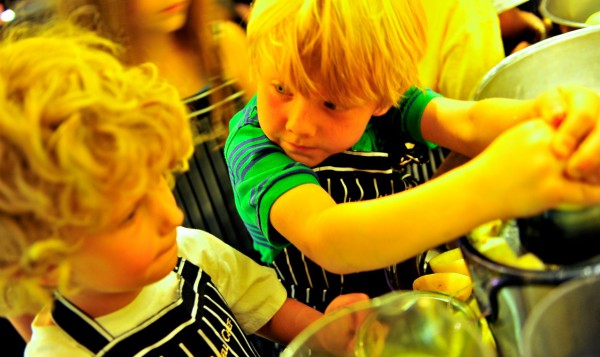 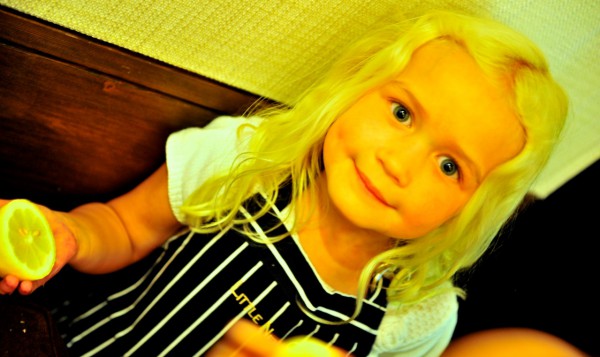 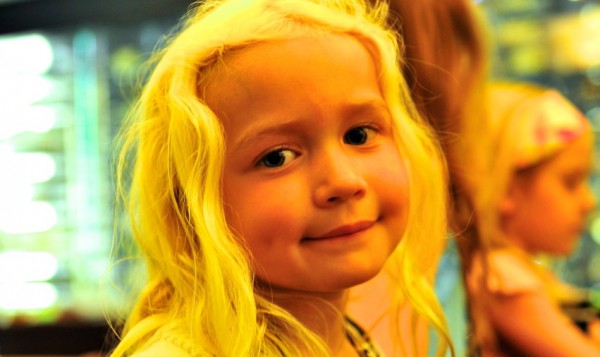 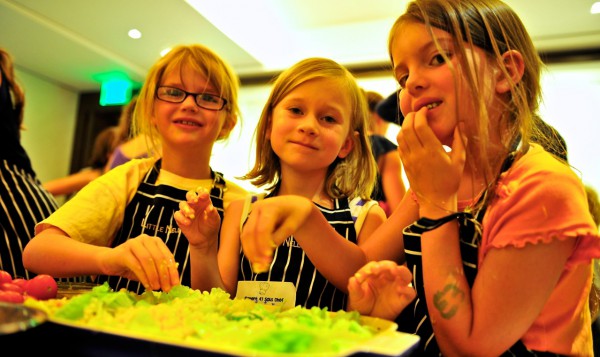 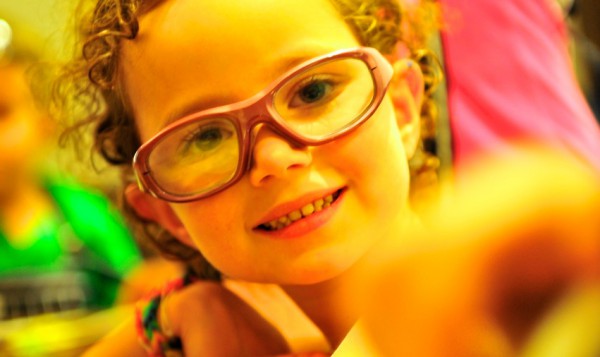 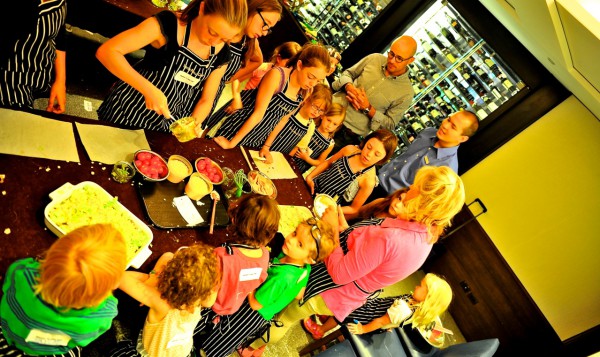 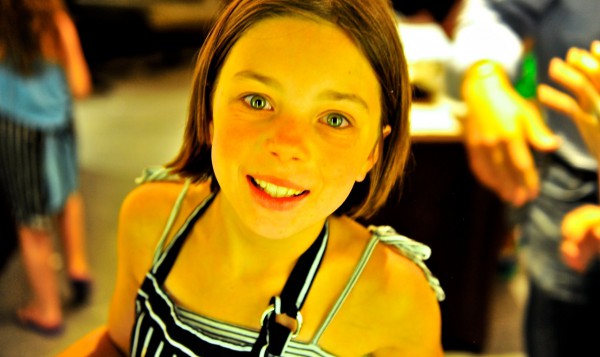 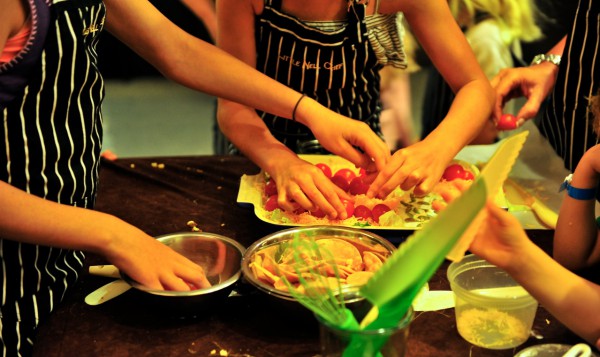 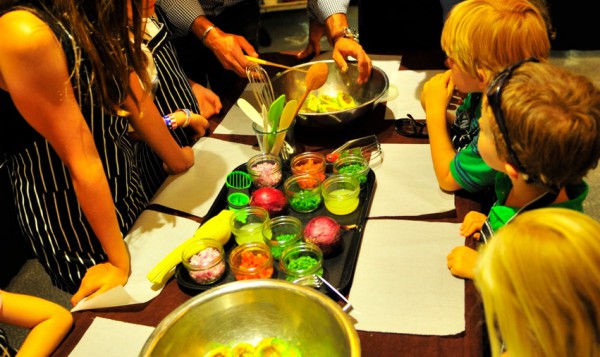 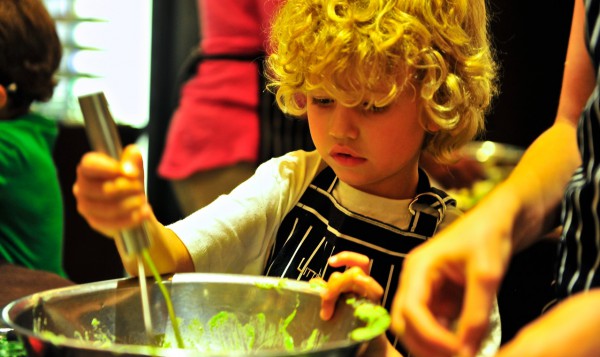 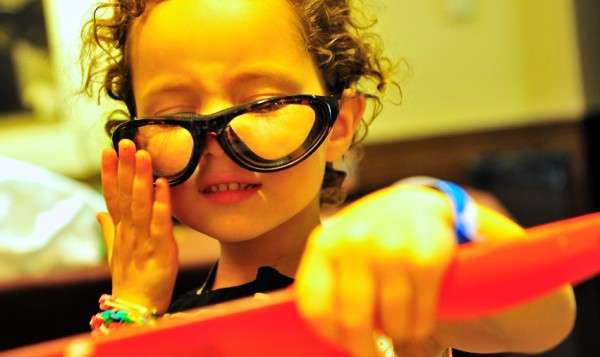 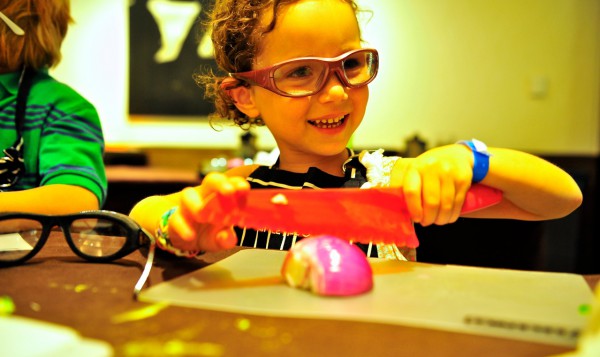 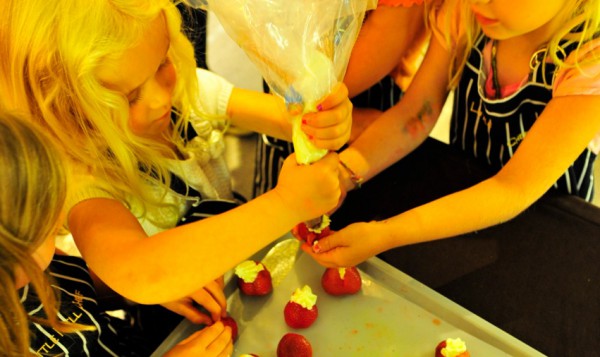 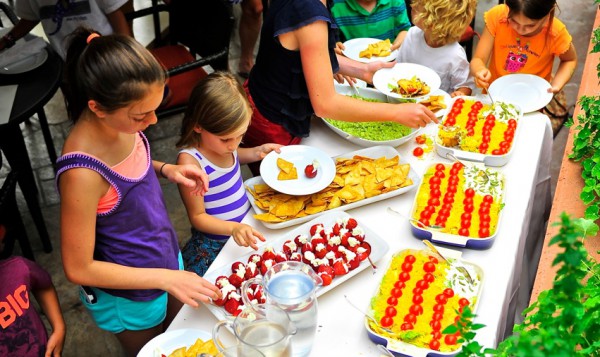 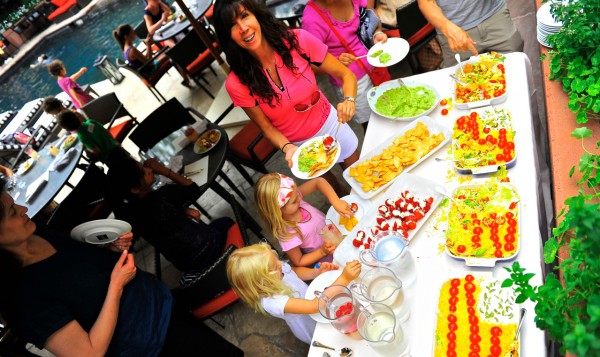 About Helen DeFrance
Helen was born and raised in Jackson, MS. The fourth child in a family of six children, she learned the basics of cooking as a child from her grandmother.

Helen is a graduate of Mississippi State University and a Master’s Degree of Education at Pepperdine University. Helen credits her dynamic, hands-on approach to cooking with kids in part to her education background, where her emphasis was on Montessori training, a method of teaching based on hands-on, experiential learning. Helen understands the importance of engaging children in the learning process and brings this concept into the kitchen. Her cooking classes not only involve children in every aspect of planning the family meal, but also teach them the source of the ingredients and the steps it takes to make a successful meal.

She combined her two loves, teaching and cooking, and developed a curriculum for kids called “Thyme to Cook!” She has been teaching children’s cooking classes for ten years and discovering and encouraging mini chefs in the making, including creating and running the “Kitchen Full of Kids” program at the acclaimed Blackberry Farm in Tennessee. She is the author of two cookbooks At Home Café: Gatherings for Family and Friends and  At Home Café: Great Food and Fun for Everyone.  Her unique approach to cooking with children has been featured on the “Martha” show, on which she cooked with host Martha Stewart, and has been featured in Southern Living, Mississippi Magazine, and Delta Magazine.

Thanks to Steven Goff for the images!