The Little Nell is asking which local bartender has the skills to be named “Aspen’s Iron Bartender.” Every Sunday starting February 12 from 5:30-6:30 p.m. in the Terrace Bar, two of the town’s leading bartenders will square off in a round robin competition to determine whose cocktail reigns supreme.

The drink gurus will show their stuff, using Grand Marnier as an element in creating delicious concoctions.  Each guest will get one vote with the purchase of a featured cocktail. The bartender with the most votes at the end of the night moves on to the next round. The contest will continue Sundays through March, culminating in a March 26 throw-down with the ultimate victor winning the crown and a trip to “Tales of The Cocktail” in New Orleans to party with some of America’s greatest cocktail creators.

Up first is a bit of a Little Nell  internal battle… Ajax Tavern’s Erik Wardell will face Montagna Bar’s Strider Devaney. The two will duke it out in the Terrace Bar Feb. 12. (Check here for the full competition bracket.)

To help you with a little backstory (anyone taking bets?), here’s a look at these two fierce competitors: 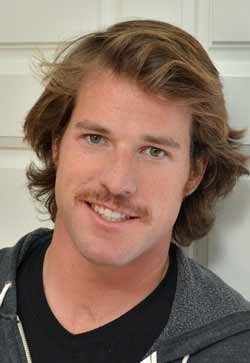 In your mind what is one of the most underrated spirits?

If you could sit down and have a drink with 3 people living or dead who would it be?

What is your strategy for victory in the Iron Bartender Competition?

A double Macallan 12 on the rocks. Young, approachable, just classy enough and ready for some wholesome fun.

What is your height? 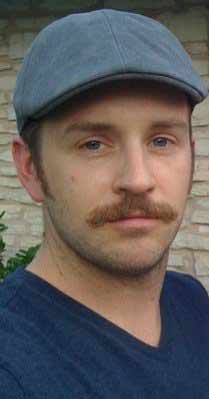 What is something you would never be caught drinking?

White zin with a side of ice.

What is your favorite winter cocktail?

If you could sit down and have a drink with 3 people living or dead who would it be?

What would your last supper be?

A Mojito. A pain in the ass but always puts a smile on your face.

Who will it be? Come to the Terrace Bar to vote!

Wedding of the Month ~ Ashleigh and Colin
Valentine’s Truffle Pops

COMMENTS ON "Iron Bartender Round One"

[…] Last week featured the battle of the moustaches, and for Round 2, we have some amazing contenders… these ladies promise to BRING IT! […]