The Aspen Music Festival and School is pleased to present a special concert and dinner this week with Italian tenor and Metropolitan Opera star, Vittorio Grigòlo.

Considered by many to be the next Pavarotti, Mr. Grigòlo has taken the opera world by storm and is among the fast-rising superstar tenors of his time. One of the world’s most discerning opera patrons, Mrs. Mercedes T. Bass, personally invited him to come to Aspen this summer and, as a gift to the community, made it possible for his visit.

Following his performance at the Benedict Music Tent, Mrs. Bass is hosting an intimate dinner in his honor at 8:30 pm at The Little Nell. Taking place in the Terrace Room, the evening will begin with passed hors d’oeuvres, cocktails and a three-course meal prepared by Executive Chef Matt Zubrod with wines selected by Master Sommelier Carlton McCoy. Jazz standards will accompany the evening. Seats for the dinner can be purchased online, or by calling Ashley Benes at 970.205.5067.

To see his performance at the Benedict Music Tent, tickets are available via the AMFS website. This is a grand honor to have Mr. Grigòlo in Aspen for this special evening.

Of his 2010 debut at the Metropolitan Opera, The New York Times wrote: “Confident, commanding, with relentless energy pushed to the limit and sustained throughout, he sounded very much like the robust lyric tenor with a bell-like resonance that the world was waiting for….”

His 2010 debut at London’s Royal Opera House Covent Garden as Des Grieux in Manon was described as “the most sensational debut to be heard at Covent Garden for some time. He’s got everything the role demands — a voice that flows, terrific looks, and an instinctive sense of theatre.” (The Guardian) 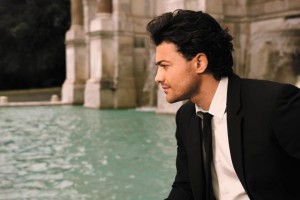