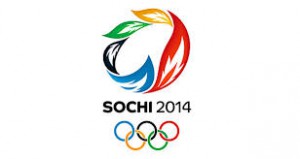 Aspen Snowmass will hold a community celebration to honor four local athletes headed to the Olympics. The ceremony will be held Wednesday, January 29 at 4 p.m. in Gondola Plaza at the base of Aspen Mountain.

The ceremony will kick off at 4 p.m. with a proclamation by Aspen Mayor Steve Skadron followed by the CEO of Aspen Skiing Company, Mike Kaplan. The Olympians will be introduced and presented with a special gift. The ceremony will be followed by a party with food and drink specials at Chair 9 in The Little Nell. The food special is a Trio of American Classics: Fried Chicken, Wagyu Slider and a Mini Apple Pie for $15. $6 “patriotic cocktails” are the drink special.

“This community is committed to promoting and celebrating athletic excellence, and being represented by these inspiring individuals is truly an honor for all of us,” says Mike Kaplan, Aspen Skiing Company CEO.  “All of us in the Roaring Fork Valley owe it to them to come out on Wednesday and give them our support. ”

The four Olympians are:

Torin has absolutely exploded onto the halfpipe skiing scene.  In 2011 (at 16) the Aspen native won  a silver in his X Games debut, a bronze at the European X Games and a win in his first World Cup. In 2012 Torin took his first X Games gold in Tignes, France, a bronze medal at X Games Aspen, two Dew Tour podiums and the AFP halfpipe World Champion title. The multi-talented Yater-Wallace also tried his skills in slopestyle, proving he’s a double threat with a podium at the Aspen/Snowmass Open and an impressive fourth at the VISA U.S. Grand Prix World Cup in Mammoth Mountain, CA. Yater-Wallace made his 2013 season debut at the opening World Cup in Cardrona, New Zealand to kick off the Olympic nations qualifying period. After minor shoulder surgery, Yater-Wallace took silver at X Games Aspen, second at the U.S. Visa Freeskiing Grand Prix in Park City and then won the World Cup at the Olympic venue in Sochi, Russia. He continued his podium streak with silver at World Championships in Voss, Norway and a repeat of his gold at X Games Tignes, closing out a phenomenal season that saw him on the podium in every competition he entered.

Jeremy Abbott was born in Aspen, Colorado. He began skating at age two.  He began competing at age four after seeing and becoming inspired by Robin Cousins.He is the 2008 Grand Prix Final champion, a two-time (2007, 2011) Four Continents bronze medalist, and a three-time (2009, 2010, 2012) U.S. national champion. He represented the United States at the 2010 Winter Olympics, where he placed ninth.

Born and raised in Aspen, skiing came as second nature to Simi Hamilton. After a stellar career at Vermont’s Middlebury College—one that saw him earn All-American honors three times—Hamilton made the leap to the world stage, scoring points in his first-ever World Cup race and making the Olympic squad fresh out of school in 2010.

Because of his early success and passion for the sport, Noah Hoffman took a year off between high school and college to focus on his cross country skiing. Fast-forward the years and Hoffman is now a six-year veteran of the U.S. Ski Team and is poised to become the new face of U.S. distance ski racing. The 2013 season marked a continued improvement in Hoffman’s skiing, and the results stacked up for the Aspen native. After earning a top-10 finish at the Canmore World Cup, Hoffman made a statement at his second World Championships, claiming two top-15 results in the 4x10k relay and 15k freestyle. He also finished his first Tour de Ski and won his second national title in the 15k classic pursuit. These results came on the heels of a breakout 2012 campaign that saw Hoffman earn his first national title and a silver medal in the U23 World Championships in Turkey.

[…] But the winter games have always been a relatable, even, achievable reality for me. As a child growing up at the base of a ski resort, where every day during the winter evolved around some winter sport, it was a time to make dreams a reality. The 22nd Olympic Winter Games hosts four of Aspen, CO athletes, making their dreams that reality.  […]