The Court of Master Sommeliers was established in April 1977 to encourage improved standards of beverage service, particularly wine + food pairing, in hotels and restaurants. The Little Nell opened on Thanksgiving of 1989 and in our 30-year history, 10 staff members have earned the esteemed Master Sommelier diploma, more than any other establishment in the U.S. We look back on each of these individuals in chronology of when they were on staff here at The Nell.

Sur was a sommelier at the Restaurant at The Nell in the hotel’s early days. He then went on to work for Daniel Boulud in Las Vegas, Nev., and The French Laundry in Yountville, Calif. In 2012, he was honored by the Court of Master Sommeliers as the organization’s 14th Krug Cup recipient, meaning he passed all three sections of the exam on his first attempt. He’s now the National Director for Wine Education for Jackson Family Wines in his native Napa Valley. In 2005, The Little Nell’s then-beverage manager Jason Smithflew to London to take the Tasting portion of the Master Sommelier Diploma Exam. After a brief, but intense 25-minute blind tasting, he returned home to Aspen several days later, a member of the Court. In 2006, he started at Bellagio in Las Vegas, Nev., as head sommelier at Michael Mina and now serves as Executive Director of Wine for MGM Resorts International in Las Vegas. As the only female Master Sommelier from The Nell, Virginia Philip earned her red pin in 2012, becoming the 11th woman in the world to achieve the distinguished accreditation. She now runs the Virginia Philip Wine Shop & Academy in the Royal Poinciana Plaza, Palm Beach, Fla. From 1995-2000, Bobby Stuckey worked at The Nell as wine director. During his tenure, the restaurant received numerous awards for wine and service, including Forbes’ Five Star Hotel + Restaurant Rating; Wine Spectator‘s Grand Award + a nomination from the James Beard Foundation for Outstanding Wine Service. He went on to work for The French Laundry in Yountville, Calif, and in 2004, he passed his Master Sommelier exam, the same year he co-founded Frasca Food and Wine in Boulder with Chef Lachlan Mackinnon-Patterson. In 2007, they also launched Scarpetta Wines. He is a decorated hospitality professional, having earned two James Beard Awards for Frasca and being named Sommelier of the Year in 2015 by Wine Enthusiast. Richard was the wine director at The Nell from 2000 – 2008. In 2003, he was the ninth person to be presented with the Krug Cup, passing all three parts of the Court of Master Sommeliers’ MS Diploma Exam in one fell swoop. He co-founded his first wine label Betts & Scholl in 2003 and also co-founded Scarpetta Wine. Today, he is guiding his highly-regarded mezcal project, Sombra. Brian began his career in wine at Morton’s Steak House then spent 16 years working at restaurants including The Little Nell, Il Mulino + Matsuhisa Aspen before earning his MS Diploma in 2011. He was a star in the 2012 film Somm by Jason Wise and is a co-founder of Les Marchands Wine Bar in Santa Barbara. 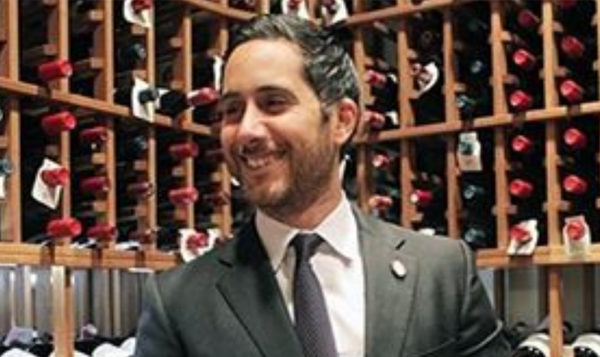 Dustin’s wine resume includes roles at notable establishments such as The Nell, Frasca Food and Wine, RN74 and Eleven Madison Park. A star in Somm the movie + also seen on Esquire Network’s TV show Uncorked, Dustin’s a familiar face among Master Somms. He is a co-founder of Anvil Wine Co – a farm-to-table wholesale wine business in Colo. In 2009, Jonathan Pullis passed his MS exam with the Court of Master Sommeliers + also landed the job of Wine Director at Montagna at The Nell. The first wine that made him say wow was a 1978 Robert Mondavi Reserve Cabernet Sauvignon + he chooses Krug as his favorite wine and Champagne as his most cherished region. A self-proclaimed “Food & Wine Freak,” Jonathan is the CEO of Chef’s Club Aspen. Savvy Somm Sabato Sagaria left his mark on The Nell in many ways – one being his creation of the Aspen Oasis mobile champagne bar with Veuve Clicquot. In 2012 Sab passed his Master Sommelier Diploma exam + oversaw the transition of Montagna to element 47. After retiring from The Nell as F&B director, he went on to become Chief Restaurant Officer for Danny Meyer’s Union Square Hospitality Group. His next move was to Bartaco as Chief Executive Officer from 2016 to late 2019. We look forward to seeing what’s next for Sab!

Carlton is currently the Chief Executive Officer of Heitz Cellar in St. Helena, Calif. He started his career after graduating from the Culinary Institute of America, first working back of house in the kitchen before pursuing wine studies. After working at top restaurants in New York City such as Aquavit and Per Se and in Washington DC at CityZen, he moved west to join The Little Nell in 2010 as head sommelier. At age 28, he earned his MS diploma, the second youngest to date to pass the Master Sommelier exams. He was promoted to Wine Director at The Nell in 2013 where he remained until the spring of 2019, leaving a legacy behind with programs like the wine cellar, which he converted into a subterranean speakeasy and tasting room. To close our tribute to the ten Master Sommeliers from The Nell, there’s one person who deserves special recognition. Though he may not have ever clocked in for a shift nor been on payroll at The Nell, Jay Fletcher has been a guiding light for many of the Masters who have come through the hotel. In 1996, Jay became an MS through the Court of Master Sommeliers and has since taken sommeliers at The Nell under his wing, offering his insights, support and encouragement through the process. All describe him as a mentor through and through, and credit him for their success in becoming a Master Sommelier themselves.